Home / Being Human / Will Humans Be Able to Live on Mars? 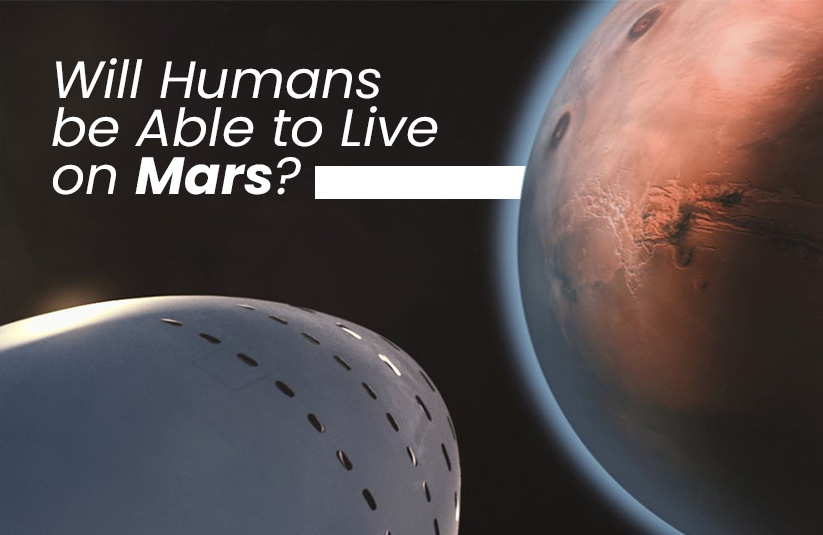 Being Human 10 reasons to live on mars , can humans live on the moon , challenges of living on mars , does mars have oxygen , why humans can't live on mars November 16, 2021 admin

Landing on Mars is one of the hot topics discussed across the globe these days! In fact, it is one of the most chosen themes in Hollywood movies like The Martian, Mission to Mars, etc. It all gives a gist of what it will be like once we reach our celestial neighborhood and how we will survive there in the long term?

People have a lot of questions about shuttling people to Mars. On the other side, NASA is on a mission in advancing its goal to transport humans to Mars by 2037. And Musk says he will land humans on Mars even more sooner by 2026.

There are so many reasons why humans can’t live on Mars. Mars is known for its extreme weather conditions. Mars has an atmosphere that majorly comprises Carbon dioxide.

It has severe temperature fluctuations where there will be a difference of 170 degrees from one day to the day next! Also, there may be months-long dust storms which make it sound that mars is not human-friendly. And the surface of the planet may be too cold in order to sustain human life.

The gravity of Mars is 38% of Earth’s gravity and that may lead to serious health risks. The atmosphere on Mars is known to be 1% of Earth’s atmosphere at sea level. And it would take at least seven months to reach Mars.

So do mars have Oxygen? No, there is very little oxygen (0.13%) on Mars. The radiation is Mars is high and the pressure is so low that your blood may boil as a result. Mars may be called the red planet but it is not hot; the temperature can go as low as -126 degrees which can be freezing!

With such odds, there remain the challenges of living on Mars!

10 Reasons to Live on Mars

Though, we have discussed many reasons why Mars can make Human habituation a little more than complicated. We do have other good reasons why Mars is considered the most habitable planet next to Earth in our Solar system and benefits of Mars exploration. We have listed the same below:

Mars is considered to be a major opportunity for scientific exploration and has been under study for several decades.

Let’s say, we land on Mars tomorrow! How would it look like?

You will see a pinky blue sky and at times there are clouds. The land will be in shades of red, brown, and black and the red dust will be there everywhere! It will be very cold so there will be frost among the craters and rocks.

You would see nothing living but just more barren. It will be beautiful but empty! With a thin atmosphere there on Mars, all sounds are very much muted. But you will hear your footsteps crunch against the dust and lose rocks. And you will be in your spacesuit so you will not be able to find out how Mars smelled like!

So will Mars be our second Earth? Though scientists are working on that, we are still not assured if Mars can support human existence. We are still far away from a lot of things. At one point of time, we may have to answer questions that have remained for centuries such as life outside earth and human survival on other planets.

Mars comprises Carbon dioxide and very little oxygen. So humans should carry their own oxygen along with them to breathe on Mars.