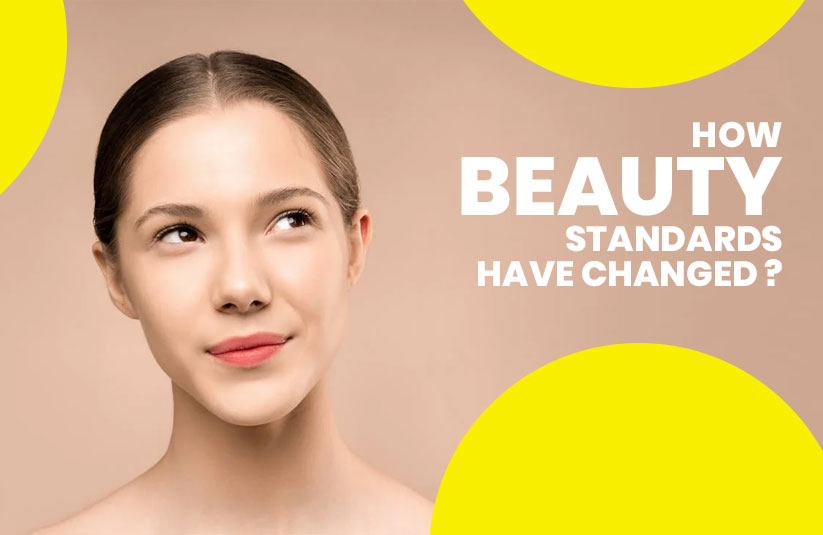 Beauty Standards Across the World

Women’s beauty standards around the world have undergone a paradigm shift over the years. And perceptions around beauty & body types vary not only due to culture, but throughout history, it has constantly kept evolving. Though we all would agree that everybody type is beautiful, irrespective of society’s beauty standards, people keep changing their mind on which look is considered the ‘best. So that’s how beauty standards across the world keep changing. Changes in a society like fashion, art, technology, etc., have their influence in setting up the trend for beauty standards today.

Since the olden days, there have been norms for beauty. Let us discuss – how has the concept of beauty changed over time? For example, ancient Egypt valued symmetrical & slim silhouettes. Also, younger women were considered the most beautiful. And male figures were always depicted as muscular & strong.

For Greeks, proportionate faces were considered the most beautiful. They even had math behind it. For them, a face is said to be perfect when it is two-thirds wide as its length.

They valued the body of men over women’s and praised them for being muscular & young. Then the Renaissance entirely changed the beauty standards, especially for women. So the ideal Renaissance woman had a fuller & curvier figure, with light hair & pale skin.

During Victorian England, after a couple of years after the Renaissance, women longed for some plumpness & wore corsets to make their waists look smaller. Beauty products were also used by women during this period to look beautiful.

The major shift in the beauty standard happened in the 1920s. Women of that era had a flat chest, short hairstyle, and waist was not focused. And in the later 1930s, it was the Hollywood trend where the hourglass figure was on-trend.

It continued during the 40s and 50s. They preferred makeup that would get them a natural look. They liked highlighting their lips and eyes. In the 1960s, the cultural & fashion trend of London influenced the concept of beauty. And this was after World war II. The 60s look was more of long eyelashes, high hair, think and long-legged.

In the 80s, there were a lot of workout videos rolling and it eventually influenced the beauty concept. Women started to desire more athletic figures. And the goal was to be slim and also fit. Alongside, there were increased cases of eating disorders.

The 80s set the beginning for supermodels. It opened the gateway to the fashion world. The trend was to wear squared blazers & shirts along with shoulder pads with a combination of big hair and makeup with bold colors.

Beauty standards were entirely different during the 90s. For example, women preferred to be skinny and pale, and in fashion, it was boxy, denim, and plaid. Instead of ladylike cuts, it was the age of body glitter, over trimmed eyebrows & the ‘Rachel Haircut’.The concept of beauty in the 21st century has started to change.

Initially, women preferred a slender look with a flat stomach. This is pretty much still desired and women are constantly trying to keep up with it. But not everyone can fit into this frame.

In the last few years, because of social media, people are opening up to diversity. Society is looking forward to going beyond the traditional beauty standards and favor the realistic beauty standards of people. So the society now promotes body positivity.

The psychological effects of beauty standards that are toxic are increasingly high among women. It has become like wildfire that rapidly spreads through people’s heads.

Finally, with all the beauty standard examples that we read through, it is obvious that there is nothing that isn’t beautiful. Beauty comes in different shapes & sizes. Everyone is beautiful!

1. Why beauty standards are the way they are today?

Though today’s beauty standards involve wearing makeup, working out, and staying young, there is also an opportunity to express uniqueness in society.

2. How do you change beauty standards?

You can always change your own beauty standards to the way you like. You just have to let go of the fear of judgment.

3. What were beauty standards in the past?

Beauty standards in the past involved wearing corsets and then it evolved to wearing denim, plaid, etc.

4.What are the standards of beauty?

Standards of beauty have been ever-changing since our past. It basically involves everything from attire to appearance.