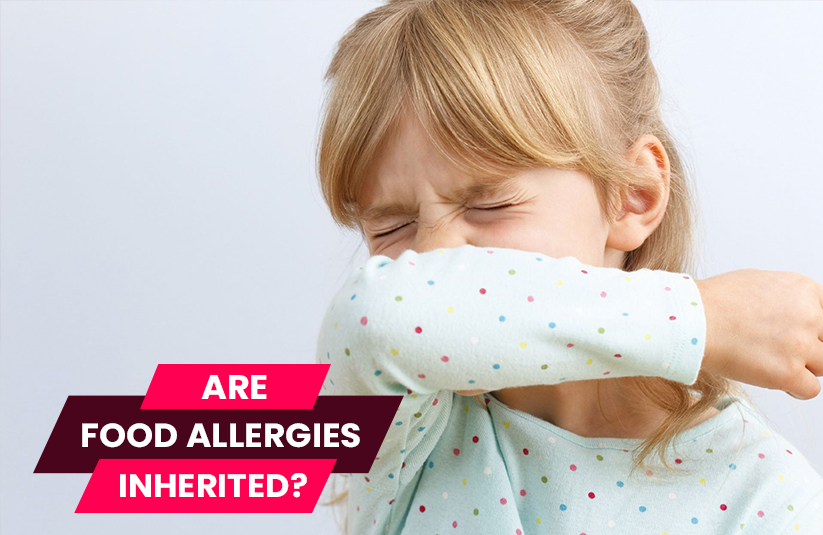 Food allergies are a result of abnormal immune system reactions to the ingestion of or exposure to certain foods that are typically harmless to most people.

When a person is allergic to something, their immune system mistakenly believes that the food is harming the body and tries to fight off the “invading” allergen causing allergic reactions. Symptoms may range from mildly annoying to critical or even life-threatening.

Food allergies happen due to an immunological response. The immune system mistakenly treats proteins found in food as a threat to the body and begins fighting it. As a result, several chemicals have released that cause the symptoms of an allergic reaction.

Almost any food can cause an allergic reaction to the body, but there are certain foods that you can keep an eye out for, as they are known common food allergens.

Foods that most commonly cause an allergic reaction are:

The above are among the top 20 food allergens. For people who are allergic to other, less common kinds of foods, identifying and avoiding them can be more difficult. People can be allergic to red meats, avocados, marshmallows, corn, sesame seeds, dried fruits, and mango. Ragweed allergy foods to avoid are bananas, chamomile, cantaloupes, cucumbers, honeydew melons, watermelon, and zucchini.

Food allergies usually manifest themselves in the first few years of life. Symptoms could range from hives and facial swellings, which occur shortly after food consumption, to severe allergic reactions involving breathing difficulties, vomiting, or diarrhea. These are the most frequent triggers of anaphylaxis in babies and toddlers. Anaphylaxis can be life-threatening and needs to be treated immediately.

While allergies are usually developed during childhood, it is still possible for people to develop allergies in their adult years. It is also possible to outgrow an allergy, only for it to return later in life.

Do Allergies Come from Mom or Dad?

Studies suggest that there may be a genetic inclination to the development of food allergies. Your chances of having a particular type of allergy are increased if your parents—either mother or father—are also affected by the same allergy. The likelihood of having an allergy is increased if one or both parents have the same or even different allergies. However, there is enough evidence pointing to environmental factors being the main cause in the development of an allergy.

If you have an allergy, look at your parents. Your genetics could play a key role in understanding why you have a certain food allergy, as there is a chance that it could be inherited.

Is There a Cure for Food Allergies?

While there’s ongoing research to discover a proven treatment that can prevent or completely relieve symptoms, currently, there is no cure for allergies. There are ongoing studies to find better treatments to reduce food allergy symptoms and reduce allergy attacks. The best way to cope with an allergy is to avoid the allergens. Figure out which foods you are allergic to and avoid them.

Antihistamines can be used to help relieve the symptoms of a mild allergic attack. A higher dose of antihistamine is often used to control severe allergic reactions. A shot of adrenaline is an effective treatment for critical allergic symptoms, such as anaphylaxis. People with a food allergy are usually given a device that contains pre-measured doses of adrenaline that can be used in case of emergencies, i.e., when the person is suffering an anaphylactic attack.

How to Prevent an Allergic Reaction?

The best way to prevent an allergic reaction is to simply identify the food that causes the allergy and avoid it. There are a couple of ways to determine which food you’re allergic to. You can try an elimination diet to see which food/food groups your allergic to. You can also consult your physician who can run blood tests. Avoid making any drastic changes to your diet.

Disclaimer: This is just a reference article for any of the allergic and related things and you can contact your doctor further.